Home/Importance of a Great Books Education
Previous Next

Many years ago – from the Middle Ages to modern times – the Bachelor of Arts (BA) degree signified completion of the secondary level of education (following the elementary, grammar or primary level) and so readiness to enter into the third level of formal education – the university, for specialization in one’s chosen field. With that background in mind, Dr. Mortimer J. Adler wrote: 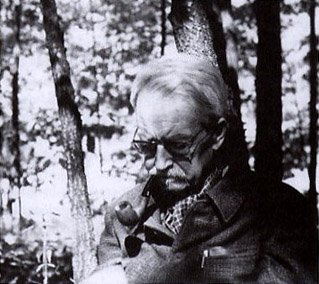 Catholic philosopher Jacques Maritain held virtually the identical view as Dr. Adler on this matter: ”I advance the opinion, incidentally, that, in the general educational scheme, it would be advantageous to hurry the four years of college, so that the period of undergraduate studies would extend from sixteen to nineteen. The BA would be awarded at the end of the college years [at 19 years of age], as crowning the humanities…” (Education at the Crossroads)

For example, in colonial America, before entering school at the age of fourteen or fifteen, students were expected to be able to speak Latin, and in college they were fined for not speaking in Latin, except during recreation. Latin was the language of most of their textbooks and lectures. New Testament Greek was required for admission, and in Greek they also studied Homer and Longinus. In Latin the chief authors were Cicero, Vergil, and Horace. A continued interest in the classics was usual. “Every accomplished gentleman,” says Wertenbaker, “was supposed to know his Homer and his Ovid, and in conversation was put to shame if he failed to recognize a quotation from either.” Self-made men, like Benjamin Franklin, without the benefit of college, derived more from the ancient world than one would expect, but the more typical Founding Fathers meditated long and deeply on the ancient patterns of democracy and republics, and Jefferson was only expressing a frequent view of his time when he said of ancient literature: “The Greeks and Romans have left us the present models which exist of fine composition whether we examine them as works of reason, or style, or fancy… To read the Latin and Greek authors in the original is a sublime luxury.” The history, philosophy, and literature of the ancients did not seem remote or antiquated, but intimately present because permanently enlightening. (Image of America, Prof. Norman Foerster, University of Notre Dame Press;1957) 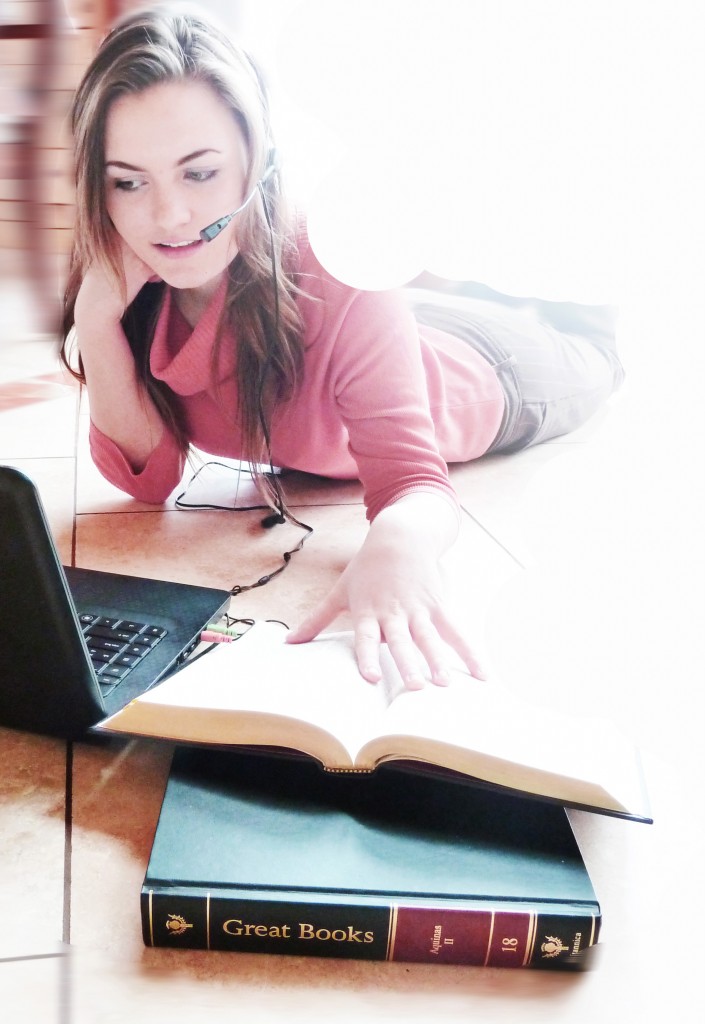 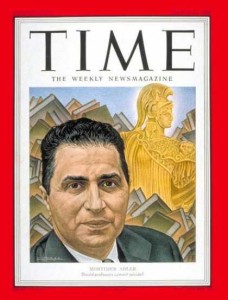 “I think the curriculum for liberal studies should be completely fixed. There should be no electives at all. I do not think the student is in any position to make choices about what he should study. I do not think his interests make any difference. They are all human beings; they are all going to become citizens; they are all going to have lots of free time. I think electives – the choice of specialization – should come after the liberal arts degree. I think the liberal arts degree is given four years too late. I would take American schooling and cut it down, and make it European in this sense: six years of elementary schooling; six years of secondary (lycee, gymnasium – high school); the collegiate (i.e., the BA [Bachelor of Arts]) degree coming at the end of that [i.e., at the conclusion of secondary education – 12th grade in the US]…I might extend that by taking [into account] the differences in the population: I might have the very brightest twelve years [i.e., through 12th grade] ; for the next level thirteen years; and the last, fourteen years, but not more than fourteen.”

In 1983 Adler wrote: “I have been conducting seminars for 60 years now, with students in high schools and colleges and with adults who have engaged in the reading and discussion of great books or who have been participants in the Aspen Executive Seminars. Long experience has convinced me that seminar teaching, on the Greek or Socratic model, not the German one, belongs not only in the colleges, but should be carried on also in high schools, where students have proved every bit as able to profit from seminars that I have conducted as have their college counterparts – have shown themselves even better participants in some ways.” (How to Speak, How to Listen, Mortimer J. Adler. Macmillan Publishing Company, NY; 1983, pp. 169-170) 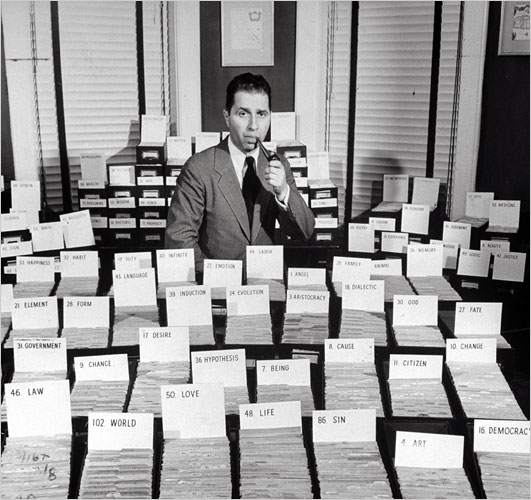 Dr. Adler with the Index of Great Ideas

Seven years later, in 1990 Adler reaffirmed his consistent view that the Great Books – the “backbone of liberal education” as Adler called them – should be studied in the high school years, before age eighteen: “As far as the United States is concerned, the reorganization of the educational system would make it possible for the system to make its contribution to the liberal education of the young by the time they reached the age of eighteen…The tremendous waste of time in the American educational system must result in part from the fact that there is so much time to waste.” (The Great Conversation by Dr. Mortimer J. Adler; 2nd Ed., Encyclopaedia Britannica, Inc., Chicago; 1990, p.55)

Ten years later, taking Dr. Adler’s words and personal encouragement to heart, in 2000 AD we developed the Angelicum Great Books Program for students high school age and up. The Angelicum Great Books Program allows willing students to gain a broad, liberal (i.e. from liber or libertas – liberty, or freeing from ignorance) education in the humanities through the study of the great books while in high school or college, via distance education, for college credit. High school and college students and adults can earn up to 60 ACE recommended college credits accepted at numerous colleges and universities for completing our Great Books Program courses (48 credits) and  our Theology Online courses taught by Fr. Joseph Fessio (12 credits).  Students can then earn their bachelor’s degrees by completing their final two years (c. 60 credits) at one of the numerous colleges and universities that accept ACE credits, or entirely online and Catholic at Holy Apostles College and Seminary, for a fraction (under 1/4th) of the average cost of a BA at a private, nonprofit campus. Our classes start the first week of September. Join us!